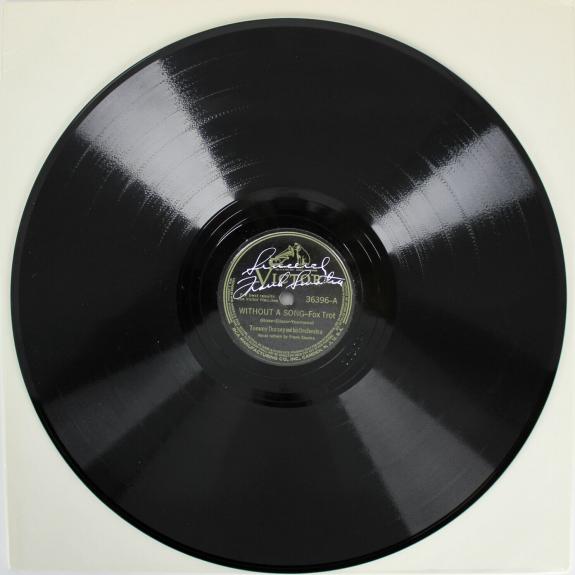 Sinatra will never be forgotten for his velvet voice, charm, and controversy and neither will the antics the original ‘rat pack’.

Frank Sinatra lives on in the form of memorabilia including autographs, personal items, artwork by Frank, art he loved, music related pieces, and even Frank Sinatra postage stamps.  Collectors and fans always bring interest and excitement to anything related to The Chairman of the Board or the ‘rat pack’. Given Franks history in Las Vegas, where he performed for years as a solo artist and with the Rat Pack, it’s no surprise that Sinatra’s Vegas-related collectibles are always in very high demand. His partnerships with Dean Marin, Sammy David Jr, Jerry Lewis, and the gang provide even more investment opportunities.  Poker chips are particularly popular, especially ones from the 1950s. On a personal note, when my father was in Vegas (long ago), staying at The Sands where Sinatra was performing, playing 21 in the wee hours of the night, suddenly everyone turned to see what the commotion was coming into the casino-it was Sinatra and his entourage. Frank sat down at the same table as my dad, threw down a stack of 100 dollar bills, looked at everyone at the table, and told the dealer “buy all these bums a drink”.  What a great story and memory.

Sinatra is of course also remembered for his films especially “Guys and Dolls”,  “The Manchurian Candidate” and “From Here To Eternity,” from which he was award an Academy Award. Movie posters and all forms of advertising of Franks films are not only great additions to any collection, they are also great to display in any home to admire and enjoy each day. The vintage nature, celebrity connection, and increasing value as time goes by, checks a lot of boxes when considering to buy or sell Frank Sinatra memorabilia.  Sinatra’s voice and music however is what he will be most remembered for.  Sinatra began his recording career in 1939, but his vinyl records produced by Columbia in the 1940s and Capital Records in the 1950s are the ones fans and collectors most seek today.

If you own any Sinatra Memorabilia, contact us for assistance. 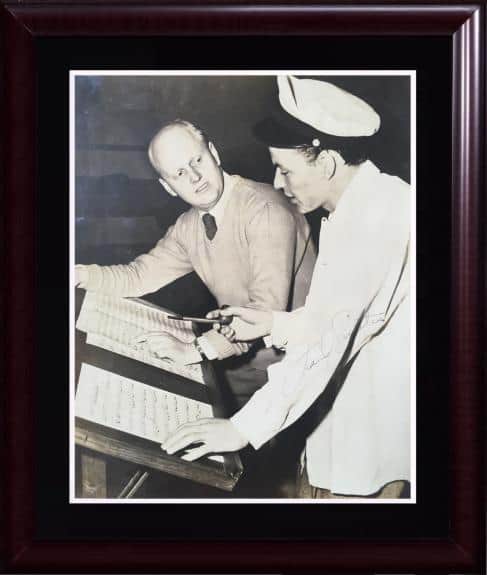 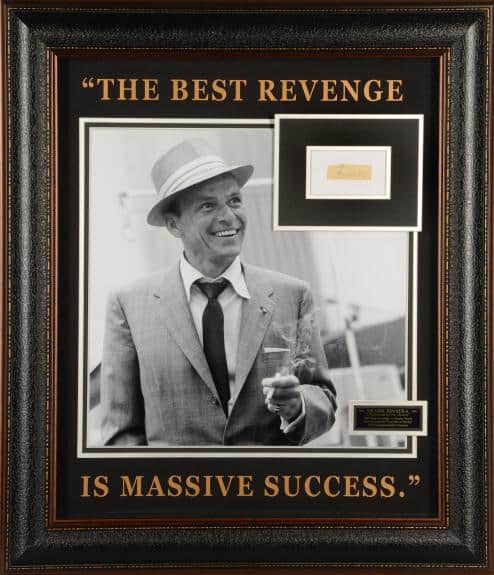 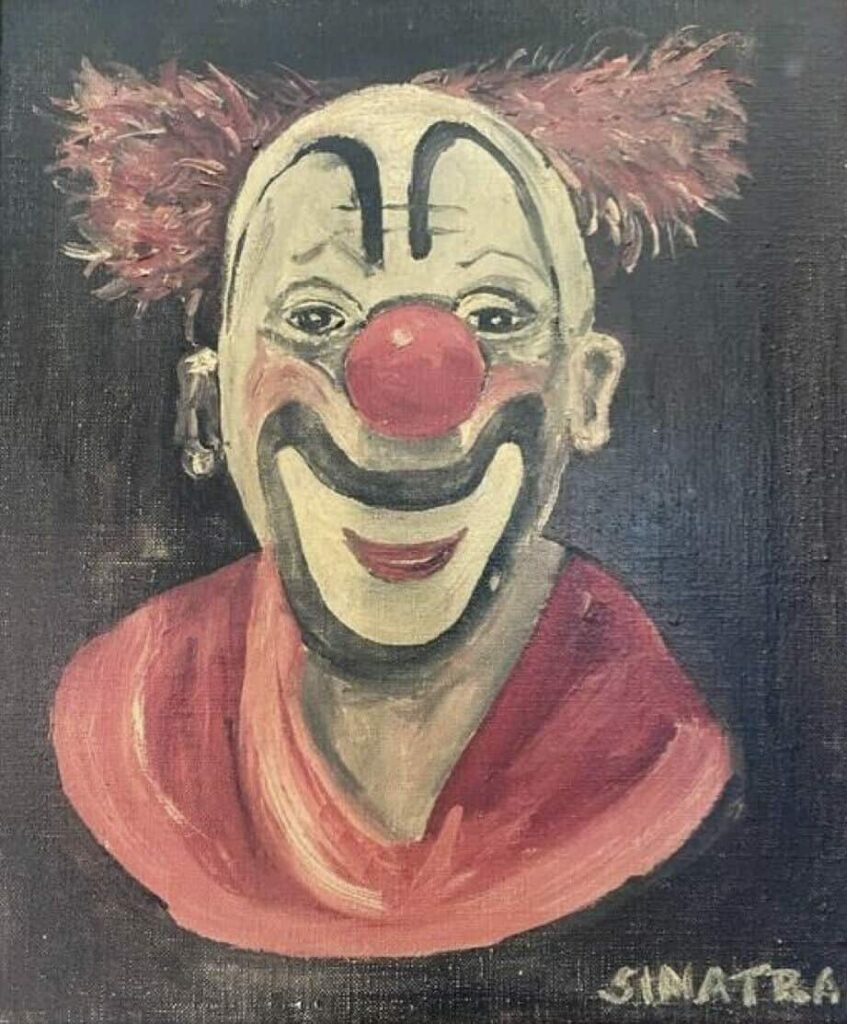 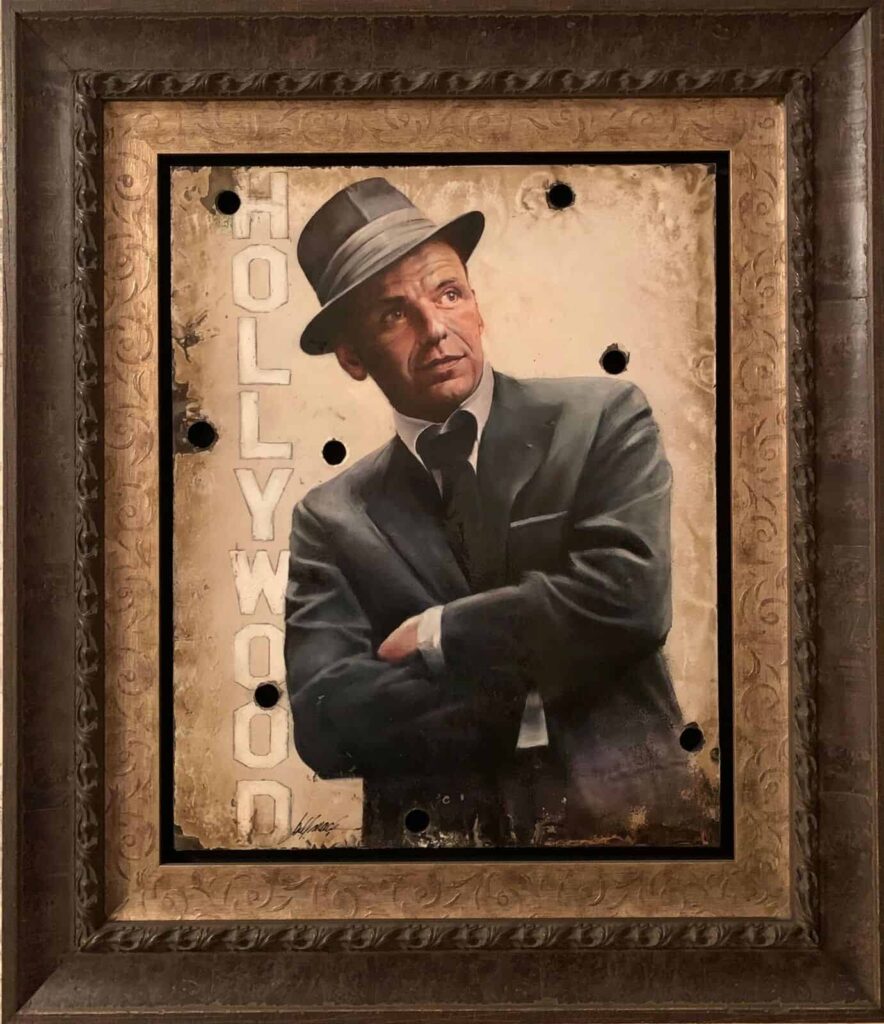 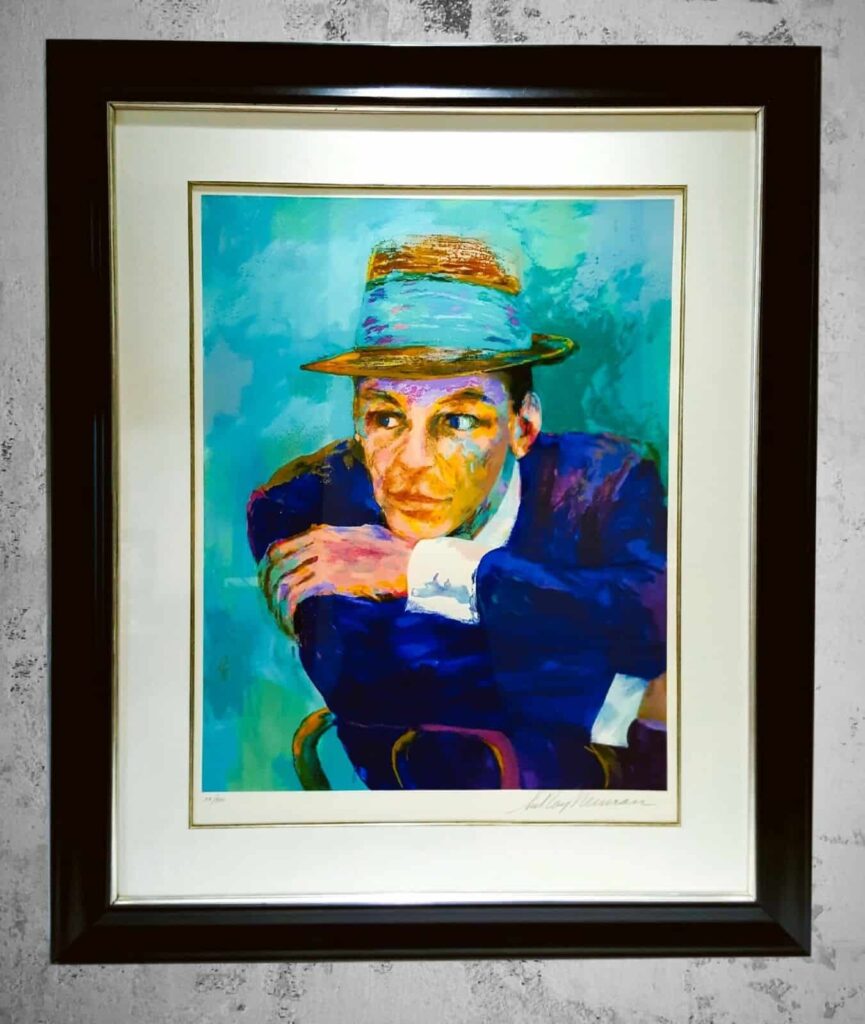 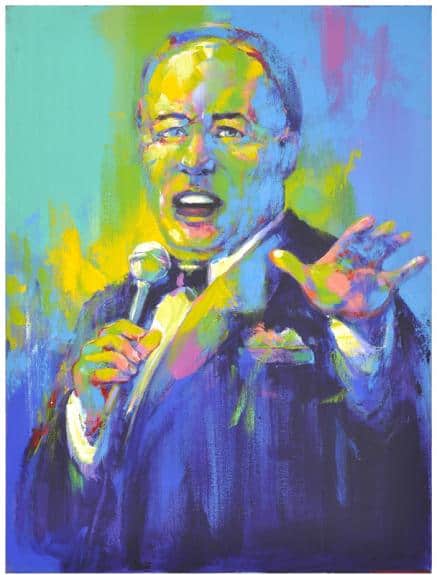 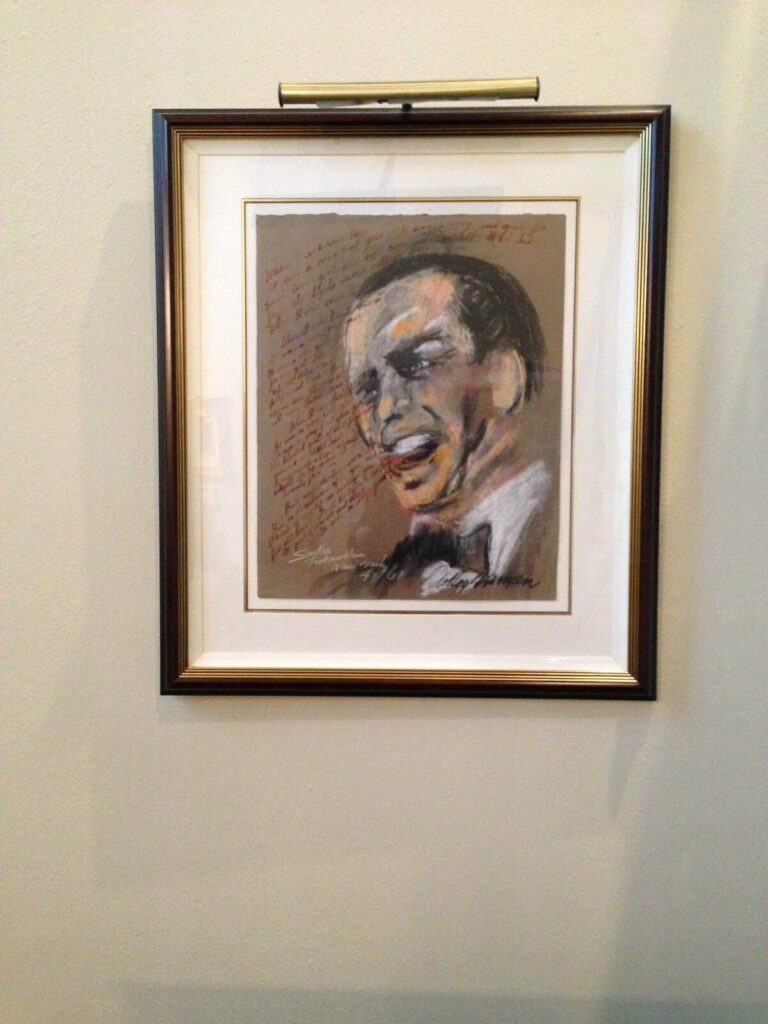 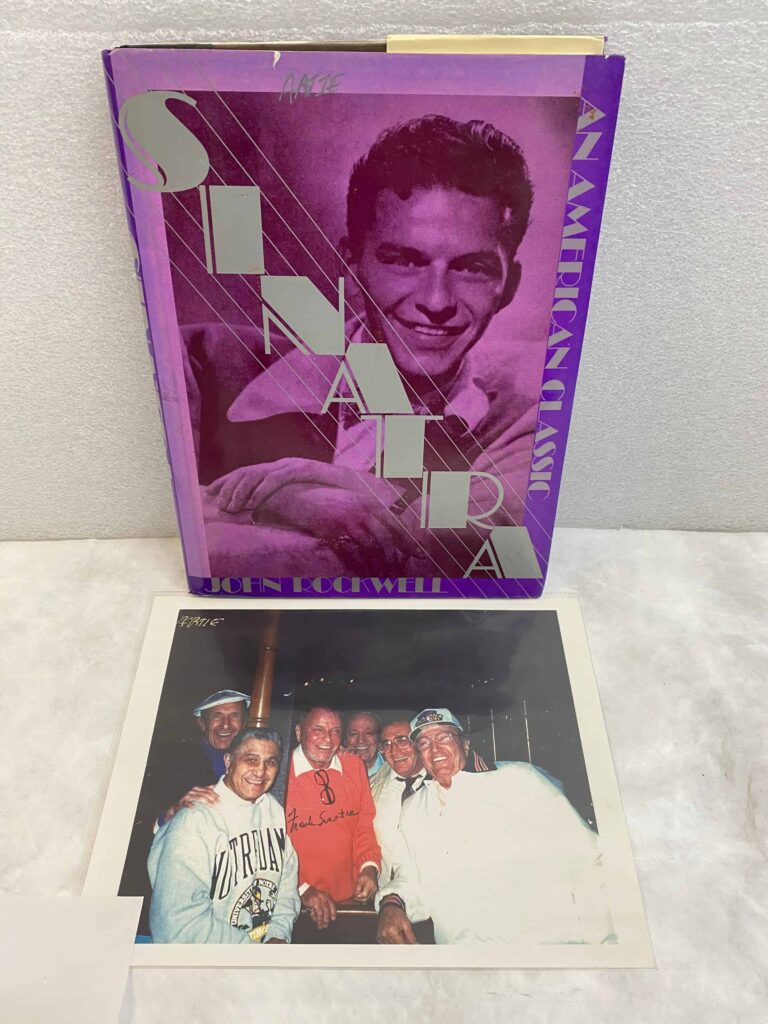