Many people do not know that initially Karl Lagerfeld started off a German artist.  His biggest claim to fame was his 36 years at Chanel as creative director. Prior to that he was also creative director at the house of Fendi.  He had his own label but it never reached the critical acclaim of Chanel. Lagerfeld was recognized for his signature white hair, black sunglasses, fingerless gloves, and recently his cat Choupette who he adored and spoiled.

Many people didn’t realize Karl was 85 years of age but partly because he often misrepresented his age. Very few people really knew for sure how old he was. It is thought that he was 5 years old than he claimed.

Claudia Schiffer, one of Lagerfeld’s muses famously said, “What Warhol was to art, Karl was to fashion. He is the only person who could make black and white colourful.”

Lagerfeld never married although he had an 18-year relationship with Jacques de Bascher from 1951 to 1989, which he oddly claimed they had no physical contact.

On a lighter note Lagerfeld was madly in love with his cat  Choupette. Choupette gained fame with her own Twitter account and because Lagerfeld was so often photographed with kitty. 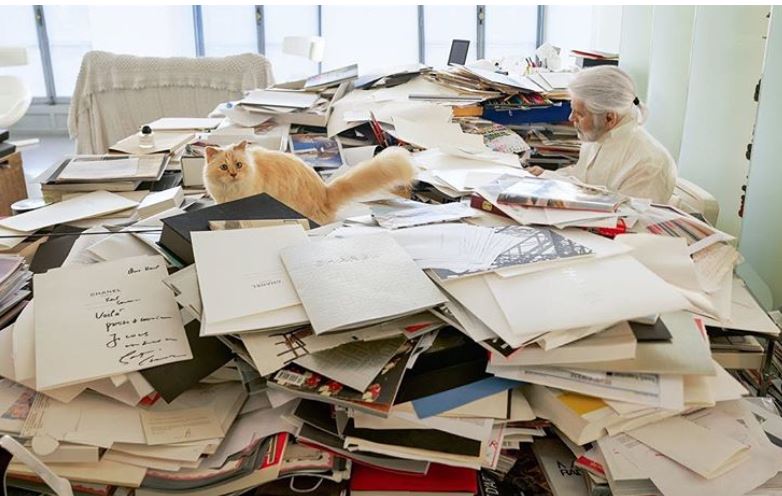 In an interview he shared that Choupette had at least two personal maids at her disposal. He advised “They have to take care of her beautiful white hair, and provide beauty treatments for her eyes”. He went on to say that “Choupette is like a human being, and that she hates other animals and she hates children.”  It is not yet publicly known who will now care for Choupette, in Karl’s absence, but it is openly realized that Choupette will be a beneficiary of Lagerfeld’s wealth and continue to live in the lap of luxury. As a cat lover myself, this does not seem odd to me at all. I would and will do the same.

Following Lagerfeld’s death of complications of Pancreatic cancer last week, it has been reported that he is to be cremated and his ashes be mixed with de Bascher, who died of AIDS in 1989, or with those of his mother.

Virginie Viard is said to be taking over Lagerfeld’s role at Chanel. It’s going to take some time getting used to not seeing Karl anymore.

If you have any Karl Lagerfeld, Chanel, or Fendi items, contact us for assistance in the resale process. With our world-wide reach we will market your goods to collectors everywhere.  We have special contacts in New York and the east coast that is always interested in Karl Lagerfeld designs.